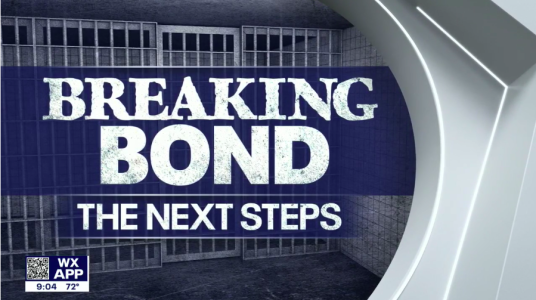 Every week, people in and around Houston (one of the largest cities in the US, with over 7 million people in the metro area) turn on their computers or televisions—and see bias and misinformation about the criminal legal system. It’s not just COPS and Law & Order, either. As TCJE’s recent research has found, false narratives run rampant in Houston-area TV news, especially English-language stations. And one of the worst offenders when it comes to misinformation about bond reform is “Breaking Bond,” a series on FOX 26 (KRIV-TV).

At a Harris County (Houston) Commissioners Court meeting on Tuesday, Precinct 4 Commissioner Jack Cagle introduced a resolution to honor FOX 26 for this “Breaking Bond” series, which is produced in partnership with Crime Stoppers of Houston. The resolution, which was ultimately tabled by a 3-2 vote of the court, came only a few days after articles in both local and national news outlets exposed Crime Stoppers of Houston’s financial underpinnings.

Last Thursday, both The New York Times and the Houston Chronicle published articles documenting how financial incentives have impacted the work of Crime Stoppers. In particular, the articles explored how these financial incentives are driving the information and narrative coming from Houston’s Crime Stoppers chapter. Given the centrality of media engagement to Crime Stoppers’ mission, along with their nonprofit status and their funding from government, it is of utmost importance that the information they disseminate to the public relating to crime is accurate and non-partisan. As last week’s news articles call into question the reliability of Crime Stoppers, the timing of a resolution singling out and honoring FOX for its “Breaking Bond” series seems designed to bolster the legitimacy of Crime Stoppers and its media partners at the expense of the truth.

Part I of TCJE’s report series on media bias, released in November of 2021, spotlighted similar issues related to Crime Stoppers of Houston’s funding sources in an effort to unpack the organization’s role in the local debate on bond reform, the county’s misdemeanor bond settlement, and pretrial release. Our analysis, which focused on media coverage of bond by 6 Houston-area TV stations, revealed that Crime Stoppers played an integral role in constructing a narrative of bond reform as a threat to public safety. Among the articles we analyzed, Crime Stoppers was referenced in half of all articles about bond reform—usually via comment by Andy Kahan, their Director of Victim Services and Advocacy—suggesting that quotes from the organization are central in bolstering the overwhelmingly negative coverage of reform in television media.

Despite the problems related to conflating arrest with guilt, Kahan and Crime Stoppers frequently do so when providing commentary to the media, and they often directly criticize bond reform. Among other things, Kahan has insinuated that misdemeanor bond reform has led to a spike in homicide rates, pointing to the “bond pandemic” as responsible for the death of a sheriff’s deputy and others. In more than 40 percent of the articles that reference Crime Stoppers, the type of bond at issue is not specified—a failure which has resulted in the spread of false narratives about the existence of ‘felony bond reform.’ FOX 26 provides a significant platform for these misleading narratives on its “Breaking Bond” series. Our analysis revealed that Crime Stoppers was referenced in 30 of the 33 “Breaking Bond” stories in our sample, which may explain why 12 of the 15 stories primarily about bond reform make no mention of the actual misdemeanor reforms that have taken place.

In an exchange with Commissioner Adrian Garcia at Tuesday’s meeting, Crime Stoppers of Houston CEO Rania Mankarious admitted that felony bond reform—the issue Kahan often scapegoats on “Breaking Bond” and elsewhere—had not actually taken place in Harris County. This admission calls into question the accuracy of the entire “Breaking Bond” segment on FOX 26, which “showcases multiple incidents where suspects committed crimes while out on felony bonds.” And it begs the question: Why was the agenda item prioritized at Tuesday’s Commissioners Court meeting?

We can all agree that accuracy should be of paramount importance to any news organization. Houston’s Crime Stoppers chapter, by its own admission, has been perpetuating a false narrative about a bond crisis. That false narrative, in turn, has been legitimized and disseminated by FOX 26 in its “Breaking Bond” series. Rather than receiving an award for misleading viewers, it would seem more appropriate for FOX to issue a correction—at the very least.

For more on the intersection of media and bond, check out TCJE’s series examining Houston media coverage of bond reform. We recently released Part II of the series, focusing on the Houston Chronicle’s coverage of bond. 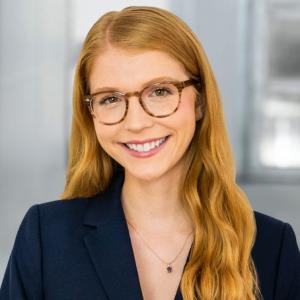 Elaine Hennig is the Harris County Project Associate at the Texas Center for Justice and Equity. She first joined TCJE as an undergraduate student, engaging in research projects on school policing and the cash bail system in Harris County. In her hometown of Dallas, Texas, Elaine was trained in the arts as a director, stage manager, and playwright at an arts magnet high school. Paired with her community service engagement, her interest in storytelling led her to develop a passion for analyzing society, advocating for social justice, and elevating marginalized voices. Elaine received her Bachelor of Arts from Rice University, where she studied Sociology with a minor in Politics, Law, and Social Thought and took a particular academic interest in the social impact of the justice system.