Are you getting the whole story? Lessons from our report on media bias in Harris County 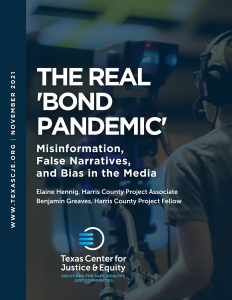 This week, TCJE released a report I co-authored on media bias in local TV stations’ coverage of bond reform. When I first began working on this project, I wasn’t sure what to expect. Attempting to methodically analyze media coverage was a daunting task, and many key details needed to be defined. Which forms of media would we analyze? How would we determine bias? Which articles should be included or excluded?

Over several weeks, these questions and many others were answered as the team and I collected articles from the six main Houston-area television stations. With the work of a dedicated group of coders, each of the 226 articles underwent a content analysis that focused on variables ranging from sources and indicators of bias to the race and alleged offenses of individual defendants.

Some of the trends we discovered, like the high levels of negative bias toward bond reform, fell in line with our initial expectations, while others, like the variations in bias between stations, were surprising. Overall, a consistent trend for most stations was that their problematic coverage of bond reform stemmed from their reliance on the same group of referenced sources: officials from law enforcement and their affiliates, the Harris County District Attorney’s Office, and Crime Stoppers of Houston, a local organization that’s frequently quoted in coverage and receives funds from court costs, including “court rewards.” Moreover, many claims from these sources went—and continue to go—unchallenged by the media, resulting in misleading narratives about bail reform that are reported across the majority of news stations.

Like so many other residents of the Houston area, I’ve used these TV channels as go-to sources of information for local news and advice. From hurricanes to the Astros, we rely on—and trust—the local news to provide accurate and balanced information. However, as revealed in our report, this is not always the case. The opinions of some groups receive more weight while others can even be left out entirely.

Although it’s imperative for the media itself to acknowledge these particular issues, our report also offers recommendations on how to improve practices and procedures for reporting more broadly on the criminal legal system. Hopefully, fellow viewers will also feel encouraged to reflect on whose narratives are being elevated in the media and if the stories presented to them are, in fact, the whole story.

UPDATE, November 2, 2021: Before releasing our report, we contacted the four English-language stations whose coverage we reviewed with a request for comment. Below are the questions we sent; we haven't received any responses yet, but we'll update if we do.

UPDATE, December 2, 2021: In late November, we received an invitation from Houston's NBC affiliate to discuss this report. Co-author Elaine Hennig met with KPRC staff in early December to share our findings and recommendations. 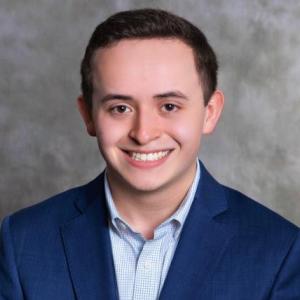 Benjamin Greaves is a senior at Rice University majoring in Political Science with a minor in Poverty, Justice, and Human Capabilities. Along with his interest in American politics, his studies also focus on the intersection of politics with human well-being and social justice. After graduation, Benjamin plans to continue his education by attending law school. As a Harris County Project Fellow with TCJE, he worked on designing a media analysis of bail reform coverage in Harris County.