From Pride to Prisons: How Trauma and Stigma Drive LGBTQ Youth toward the Texas Justice System 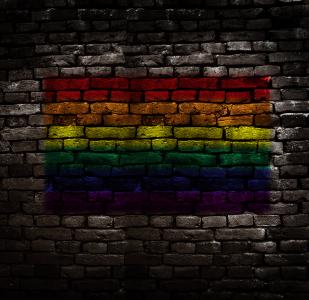 I watched an LGBTQ Pride Parade for the first time in New York City in June 2008. I was 20 years old and in the middle of my undergraduate degree at a small college in the Midwest. A group of friends and I drove over 1,000 miles to spend two days in New York, basking in the one of the world’s largest celebrations of love, self-expression, and community. As a young gay college student, I had already experienced the rejection from family and friends, stigma from society, and outright anti-LGBTQ discrimination that most LGBTQ people must endure throughout their lifetime. As I waved at the rainbow-adorned people marching in the parade, I felt affirmed, welcomed, and safe for one of the first times in my young life.

This Saturday, Austin hosts its annual Pride Festival and Parade. For many LGBTQ youth in Central Texas, the Austin Pride Festival and Parade promise to be the first time they relish in a celebration of acceptance and community, like I did in 2008. Yet, for thousands of LGBTQ youth, there will be little reason to celebrate – especially those who are currently experiencing homelessness or housing instability, navigating the state foster care system, or incarcerated by the Texas Juvenile Justice Department (TJJD).

LGBTQ people, especially youth, endure an extraordinary amount of trauma, rejection, stigma, and discrimination. Studies show that, on average, one-third of parents reject their children after they come out as LGBTQ,1 leading some youth to run away or become homeless; in fact, LGBTQ youth are overrepresented among homeless youth populations. Five to seven percent of the general youth population identifies as LGBTQ, yet in Travis County alone, nearly a quarter of youth experiencing homelessness identify as LGBTQ.2 LGBTQ youth are also three times more likely than non-LGBTQ youth to have ever been in foster care.3

In addition, LGBTQ youth are twice as likely to experience major depression and over seven times more likely to exhibit suicidal behavior than the general youth population.4 In 2017, a study found that lesbian, gay, and bisexual youth in Texas use substances (e.g., alcohol, methamphetamine, and injectable drugs) at double the rate of heterosexual youth.5

The combination of family rejection, mental health conditions, and substance use leaves LGBTQ youth with few options for shelter, support, and safety. As LGBTQ youth shuffle between homes, foster care, shelters, and the streets, they are increasingly more likely to come into contact with law enforcement – a situation that is only exacerbated by the lack of access to appropriate mental health and substance use support.

LGBTQ youth in Texas urgently need trauma-informed supports and services that are delivered outside of criminal justice contexts. The one-size-fits all justice system fails LGBTQ youth and public safety. LGBTQ youth should not be incarcerated for crimes associated with homelessness, survival, mental health conditions, and substance use.

During the 86th Legislative Session, Texas legislators should focus on reforming the foster care system, expanding mental health and substance abuse services for youth, and creating justice diversion options that address the individual circumstances and needs of LGBTQ youth. Smart reforms to these systems allow all youth to find support, safety, and appropriate care. Texas wins by letting kids be kids and providing the services youth need to grow into healthy adults, regardless of sexual orientation or gender identity and expression. 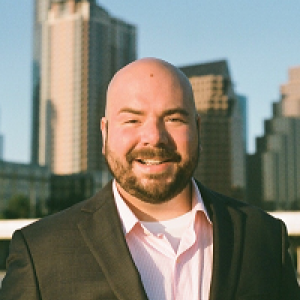 Ryan served as a Policy Associate with TCJE, where he focused on the circumstances and needs of the LGBTQ community that make them more vulnerable to becoming justice system-involved.