No Handmade Cards for Incarcerated People this Valentine’s Day 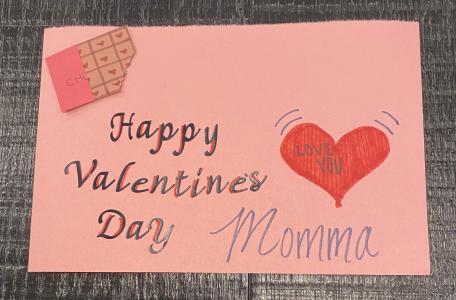 I am formerly incarcerated, and I have spent a few Valentine’s days in the Texas Department of Criminal Justice (TDCJ). On holidays, there is a feeling of loneliness like no other behind the brick walls of prison. I remember the homemade cards women would receive from their children in the days leading up to February 14th. Husbands would send thoughtful cards to their wives. Those cards were a glimpse of hope and humanity sent from the outside. I would receive a thoughtful handwritten letter from my daughter, with hearts colored all along the sides. It is hard to explain the feeling of knowing that someone out there has spent time making something just for you and the excitement when you hear your bunk number at mail call.

Sadly, families separated by the justice system this year are isolated even further by a rule that went into effect last year, which prevents kids from sending handmade cards to their parents in Texas prisons. The rule, called Inspect 2 Protect, makes it so that people in TDCJ can only receive letters on plain white paper. Cards can only be sent if they’re purchased through a third-party vendor, which increases costs for families on the outside and significantly decreases personalization.

This will be the first Valentine’s Day since Inspect 2 Protect was set by TDCJ, and it will also mark almost a year since the coronavirus pandemic began. Incarcerated people are living in a state of heightened fear and danger from a virus that spreads rapidly behind bars and is 35% deadlier for them than for the general public. And although shutting down in-person visitation has been a positive step towards preventing virus transmission, it also means that many incarcerated people are even more isolated from their families than they were in the past.

That’s why a group of advocates and organizations has come together to ask the Texas Board of Criminal Justice to reconsider this arbitrary rule. From our lived experience, we believe this policy will be detrimental to rehabilitation and emotional help, and we also recognize that it will place an additional financial burden on families who are often already working hard to make ends meet.

Last week, we sent a letter to the Board’s Chairman explaining our position and laying out suggested alternatives for areas of Inspect 2 Protect. It follows the letter we sent almost a year ago, when this policy was first announced, and a petition that’s been signed by over 1,600 people urging TDCJ to make changes. When the Board meets this week, we’ll make our case once again.

As I spend time with my own family this Valentine’s Day, I’m also thinking of the people who won’t receive cards from their kids this year. We’ll continue working to provide dignity for incarcerated people while fighting to shrink the system. 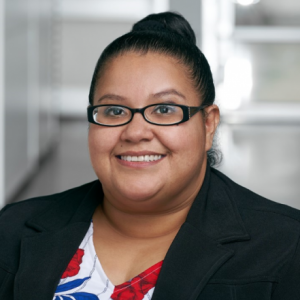 Maggie Luna is a Policy Analyst and the Community Outreach Coordinator at the Texas Center for Justice and Equity, having joined the organization in early 2020 as a Hogg Foundation Peer Policy Fellow. In her role, she is focused on creating advocacy opportunities for system-impacted Texans. A graduate of the Smart Justice Speakers Bureau at Texas Southern University’s Thurgood Marshall School of Law, Maggie coordinates the Statewide Leadership Council, which TCJE launched to elevate the voices of system-impacted people in local and state policy reform.