Taking Off the Mask: GRAD Program Helps Heal Men Who Have Hurt Others 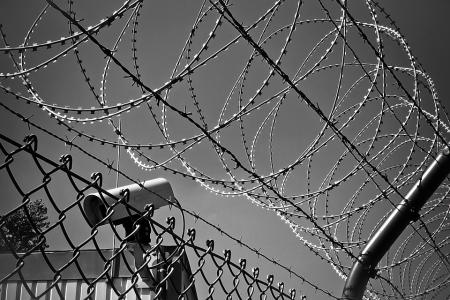 As I visited several classrooms of students participating in the Gang Renouncement and Disassociation (GRAD) process at the Ellis Unit in Huntsville, Texas, I couldn’t help but remember my time in the same program at the Ramsey Unit in Rosharon, Texas, in 2010. I shared those experiences with the men in Ellis and told them how much of an impact my cognitive intervention teacher, Ms. Kathy Gant, had had on my life. I told them about the challenges I’d faced, from the struggles of adjusting from eight years of solitary confinement, to being out in the general population, and later to transitioning back into society on parole.

For me, going through GRAD was a shock — at that time I had not been in a classroom environment in over a decade — but I recall Ms. Gant making us feel comfortable and getting us started on what I like to call our “healing process.” Journaling was a large part of the program. Ms. Gant provided us with daily topics, which we would share our thoughts about the next day at a podium in front of our classmates. This was very difficult in the beginning, since most guys were not used to sharing their feelings and emotions, especially with other men. But as time went on, our masks were taken off and we began to see each other not just as ex-gang members but as human beings who had hurt others and who had also been hurt ourselves.

Although my original GRAD group started with 16 men from all of the security threat groups, only eight of us made it through the entire process and graduated after nine months. The pressure of being in the general population and the temptations to engage in negative behaviors were too much for some.

When I visited the classrooms recently, I shared my journey from earning my Associate’s and Bachelor’s degrees to currently working on my Master’s degree, and I emphasized the importance of education and its impact on my self-esteem and opportunities to grow and improve myself and my community.

Before leaving each classroom, I made sure to inform the students that they have a responsibility to remember where they come from and to have a positive impact on their community – primarily our youth who are falling victim to the school-to-prison pipeline. Several of the men were appreciative that I took time out of my daily life to come speak to them. I don’t think they understood how much it helps me to be able to give back and possibly inspire them to change. We need to make sure we give them a real chance to heal and grow so that they can also become successful returning individuals that make a difference in their communities. 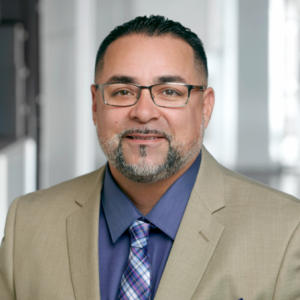 Jose Flores previously served as TCJE’s Youth Justice Policy Analyst, bringing his own lived experiences to the position. Jose was incarcerated for 13 years, eight of those in solitary confinement, and he is in recovery from substance use. He is a strong advocate for justice system-involved youth, having long worked in the substance abuse and mental health fields. Jose is a Licensed Chemical Dependency Counselor, Certified Criminal Justice Addictions Professional, and Community Health Worker; he has also served as an instructor teaching DWI Intervention and Education courses.